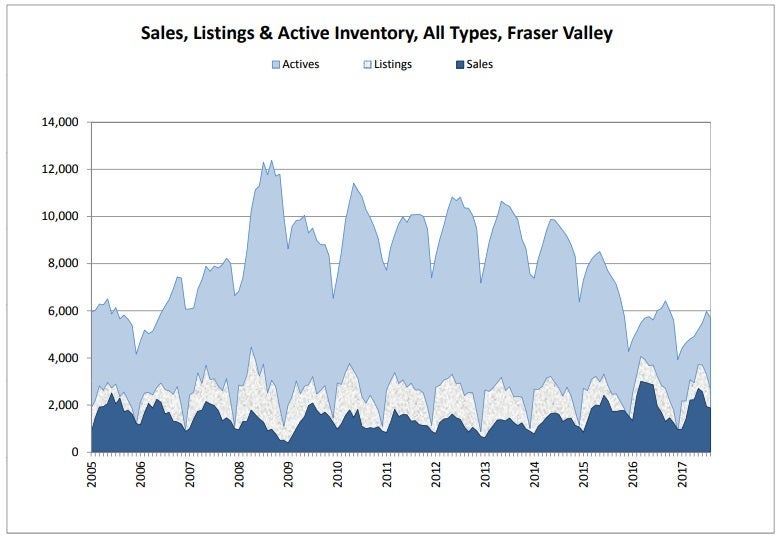 Persistent and growing demand for townhomes and apartments in the Fraser Valley led to the second
strongest August historically in terms of sales.
The Fraser Valley Real Estate Board processed 1,879 sales of all property types on its Multiple Listing Service® (MLS®) in August, an increase of 10.9 per cent compared to the 1,694 sales in August of last year, and a 3 per cent decrease compared to the 1,937 sales in July 2017.

Of the total sales processed 470 were townhouses and 548 were apartments, together representing 54% of market activity in August. "It's not surprising to see demand like this still so late into the summer; the Fraser Valley has never been a better place to live than it is now," said Board President Gopal Sahota. "Our communities are thriving, and there are still affordable options throughout our region. Also, it doesn’t hurt that removing the bridge tolls gives us even greater access to the Lower Mainland."

"Anyone whose looking for a townhome or apartment will have to move quickly – units are selling faster than they ever have here,” continued Sahota. “Talk to your REALTOR® for the best advice on how to prepare yourself and succeed in a competitive market like this one.”