(November 27, 2017 , posted in FVREB 2017 Statistics )
SURREY, BC – Ongoing demand for properties in the Fraser Valley saw overall sales reach the second highest point for an October in the Board’s history. 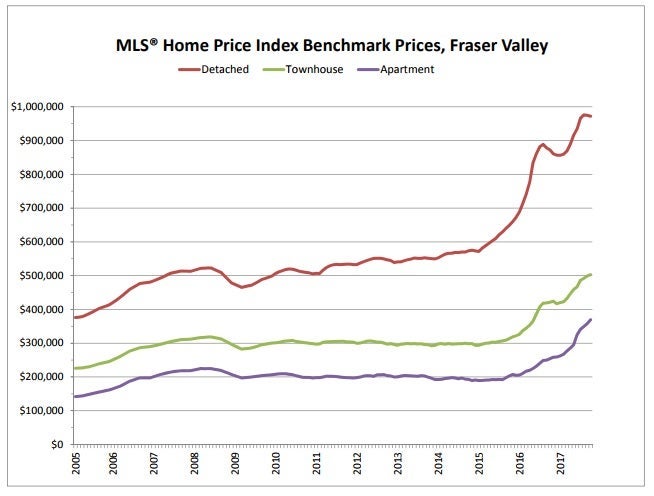 The Fraser Valley Real Estate Board is an association of 3,514 real estate professionals who live and work in the BC communities of North Delta, Surrey, White Rock, Langley, Abbotsford, and Mission.